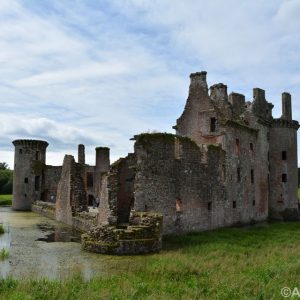 Blank inside for your own message.

This card depicts Caerlaverock Castle south of Dumfries in Scotland.

Built in the 13th Century it is a moated triangular castle and was the stronghold of the Maxwell family until the 17th Century.

The castle that was besieged by the English during the Wars of Scottish Independence. When the garrison was forced to surrender, it was found that only 60 men were defending the castle against the whole of the English army.

There are no reviews yet, would you like to submit yours?